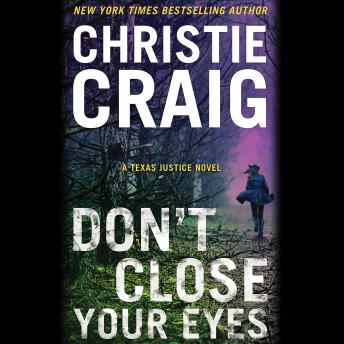 In this dark and dangerous Texas small town, Annie Lakes' nightmares come alive when a cold case from her past reveals family secrets that put her life in jeopardy.
Annie Lakes has had the same recurring nightmare for years. Her heart pounding in her chest. A panicked voice, begging her to run faster. Her own bloodcurdling scream. But now Annie is starting to realize it's more than just a bad dream. She's starting to remember things about the night her cousin Jenny disappeared all those years ago. Things that make her believe her family was involved--and what they're hiding is much worse than she ever imagined. But she can't unravel this alone. She needs someone she can trust, someone like sexy Detective Mark Sutton ....
Mark has seen enough--too much--to assume that Annie's story is a dead end. It turns out that her family is hiding some killer secrets. A long time ago, Annie was just an innocent little girl who saw something she shouldn't. Now she's a target, and Mark's running out of time to protect the woman he's starting to fall for. But how does Mark face off against a murderer who just may be someone Annie loves?