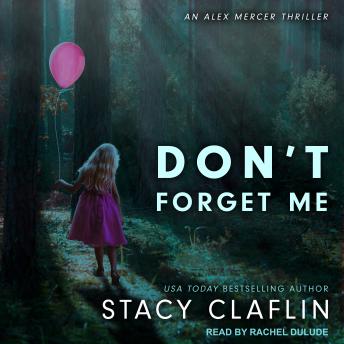 Alex Mercer and his fiancee Zoey have weathered many storms, but this latest one might be too much for even them. She's hiding a secret she fears will send him running for the hills, and she has to tell him before he finds out on his own. Time is definitely not on her side. But with his busy hours at the police academy, there hardly seems a moment to open up to him.

Alex knows something is wrong with Zoey, but he's too preoccupied to dig into it. Not only is the academy leaving him physically and mentally drained, he's convinced he's seeing Flynn Myer, the man who is supposedly in jail for abducting his daughter. No one believes him, but then he starts getting texts trying to arrange a meeting between him and Myer. Meanwhile, Alex's boss and mentor, Captain Nick Fleshman, is on the case of a serial killer whose burial ground has been unearthed at the home of one of his deputies-one he has a secret relationship with. While he considers the implications of recusing himself, her father becomes the prime suspect.

Alex wants to help Nick and needs to help Zoey, all while trying to put the Myer case to bed for good. But everyone's secrets are slowing him down, and the killer is on the prowl again. Alex needs more time, but that's the one thing no one has left.