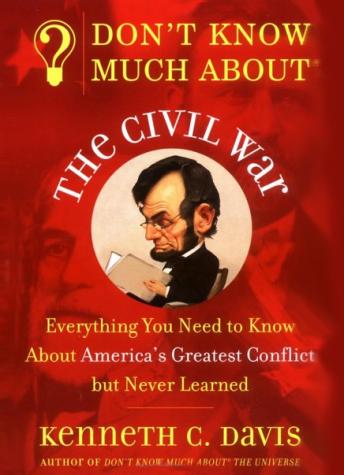 
Millions of Americans, bored by dull textbooks, are in the dark about the most significant event in our history. Now New York Times bestselling author Kenneth C. Davis comes to the rescue, deftly sorting out the players, the politics, and the key events—Emancipation and Reconstruction, Shiloh and Gettysburg, Generals Grant and Lee, Harriet Beecher Stowe—and much more.

Drawing on moving eyewitness accounts, Davis includes a wealth of “hidden history” about the roles played by women and African Americans before and during the war, along with lesser-known facts that will enthrall even learned Civil War buffs. Vivid, informative, and hugely entertaining, Don’t Know Much About the Civil War is the only audiobook you’ll ever need on “the war that never ended.”