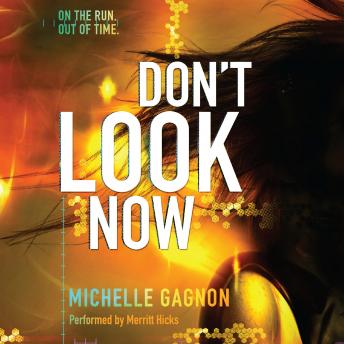 This follow-up to the critically acclaimed Don't Turn Around—which Kirkus Reviews called "The Girl with the Dragon Tattoo for teens, a surefire hit"—raises the stakes to their absolute limit and will leave readers begging for the exciting conclusion. Having outsmarted the sinister Project Persephone, Noa and her friend Zeke are on the run again, moving across the country, protecting runaways before they become test subjects for the Project's horrific experiments. Noa knows all too well what that feels like: Whatever was done to her has left her exhausted and scared.

Back in Boston, Peter anxiously follows Noa's movements from his computer. But he's desperate to do more, especially when he learns what the Project has done to his ex-girlfriend, Amanda.

Then, in an explosive confrontation, Noa and her team are trapped in the one place they thought was safe. It will take everything Noa and Peter have to bring down the Project. And with no one to trust and enemies hiding at every turn, they may be the only people alive who can.