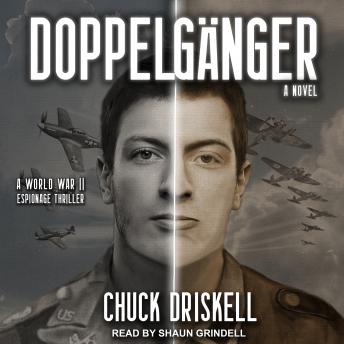 In New York City, the German spy dutifully follows orders from the Third Reich, climbing the corporate ladder as part of his cover. He has it all. A loving wife. A good job. A tidy house on Long Island. Everything is perfect. Until one night when his wife discovers his shocking secret.

In Germany, one of the U.S. Army's deadliest commandos parachutes to earth. His mission: wreak havoc from behind enemy lines. But something goes terribly wrong during his jump, leaving him with a lethal injury and a crucial choice. It's kill or be discovered. He makes the ruthless decision, killing two innocents without hesitation, knowing he'll never be the same again.

Two years later, sufficiently chastened, the two men independently claw their way back to espionage relevance. Through meticulous analysis, the American learns of the German's existence. He's a soldier now, wearing the American uniform, murdering his own senior officers under the cloak of battle.

As the parallel plots converge, the American doggedly stalks the German spy. First to Europe. Then to France. The killings intensify. A major. A colonel. A general.

The hunt narrows from division, to regiment, to company. It's a hunt for a vicious killer.

It's a hunt for the American's doppelgänger.

Venerated Hitler and Nazi expert Don McKale calls it 'classic espionage' and heralds it a 'crackling tale with a shocking climax.'