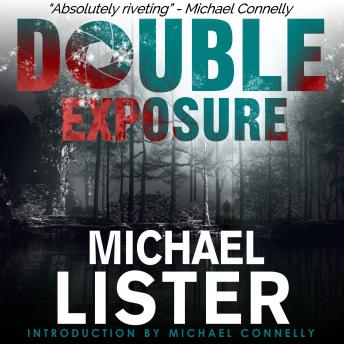 A wildlife photographer’s camera traps capture a killer committing a murder frame by frame. Now’s he’s running for his life deep in the river swamp.

Lyrical, literary, told in poetic, photographic impressions, DOUBLE EXPOSURE is a page-turner with a soul.

A Florida Book Award-winner, soon to be a major motion picture.

Following his dad's death, Remington James returns to the small North Florida town where he grew up to assume his father's life -- taking care of his dying mother and running the local gun and pawn shop.

Picking up a camera again after a long hiatus, Remington returns to his first love, pursuing in earnest his lifelong dream of becoming a wildlife photographer.

One fateful fall evening, as the sun sinks and the darkness expands, Remington ventures deep into the river swamp to try out some new equipment and check his camera traps.

While checking his camera traps, scanning the eerie images of overexposed deer and bats and foxes, Remington comes across the most haunting images of his life

the frame-by-frame capture of a shocking crime.

By exposing the criminal, Remington has exposed himself to danger, even possible extinction. Hunted like an animal, by the predator and his psychotic friends, Remington must do two things: make it through the night and make it to the river

and the odds of doing either are slim to none.

Join the chase through the wild wonder of North Florida today!