The Double Life of Fidel Castro 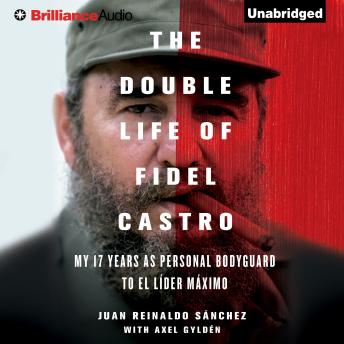 In The Double Life of Fidel Castro, Juan Reinaldo Sánchez, one of Castro's soldiers, breaks his silence and shares his memoirs of his years of service, his eventual imprisonment and torture for displeasing the notorious dictator, and his dramatic escape from Cuba.

While he was responsible for protecting the Líder Máximo, Sánchez was party to his secret life-because everything around Castro was hidden: the ghost town in which guerrillas from several continents were trained; his immense personal fortune, including a huge property portfolio, a secret paradise island, and seizure of public money; and his relationship with his family and his nine children from five different partners.

Sánchez's tell-all exposé reveals countless state secrets and the many sides of the Cuban monarch: genius war leader in Nicaragua and Angola, paranoid autocrat at home, master spy, Machiavellian diplomat, and accomplice to drug traffickers. This extraordinary testimony makes us reexamine everything we thought we knew about the Cuban story and Fidel Castro Ruz.