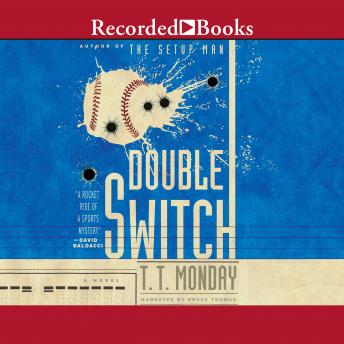 The thrilling return of the only Major League pitcher who moonlights as a private investigator sees Johnny Adcock facing off against a ring of ruthless South American smugglers and a mysterious, sexy assassin known only as La Loba. And he's still got the playoffs to worry about. Relief pitcher/private investigator Johnny Adcock doesn't have an office; he has the bullpen. That's where he sits shelling sunflower seeds when in walks a femme-fatale blonde claiming to be a TV reporter. She is Tiff Tate, the highly-paid stylist responsible for half the looks in Major League Baseball, from Brian Wilson's beard to Big Papi's gold ropes. Tiff has a problem. Yonel Ruiz-the rookie phenom who infamously escaped from Cuba by surviving for a week on the open sea in an inflatable raft-is her new prize client . . . but there is much more to his story than the media know. With his life threatened by a cartel of people smugglers and his family still vulnerable in Cuba, Ruiz can't go to the cops or the press. Johnny Adcock is his only hope. The Setup Man garnered fantastic reviews and introduced thriller fans to a fun, sexy, wildly compelling world where high-stakes professional sports and life-or-death action meet. Now with Double Switch, T.T. Monday returns with a vengeance and proves that Johnny Adcock is one of the most original, entertaining detectives in years.