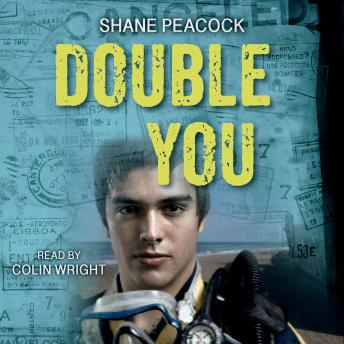 When Adam Murphy learns that his late, revered grandfather, David McLean, hid a huge stash of foreign cash and fake passports in the family’s cottage, he is stunned. Was Grandpa really a traitor, as some of the evidence suggests? And why was a loaded Walther PPK pistol hidden at the cottage? Determined to prove his grandfather’s innocence, Adam takes the famous James Bond gun and follows the clues to Bermuda, where he encounters danger, evidence of espionage, and an unusual girl named Angel Dahl. Desperate and on the run with Angel, pursued by a deadly operative, Adam races to other exotic locations, unsure if Angel is friend or foe, or if his grandfather was a hero or a villain. Three clues hold the dark secret of David McLean’s past—the letter W, a glass eye with a golden iris, and the haunting words of someone named Mr. Know.


Double You is the sequel to both Separated, part of The Seven Prequels and Last Message, part of Seven (The Series).