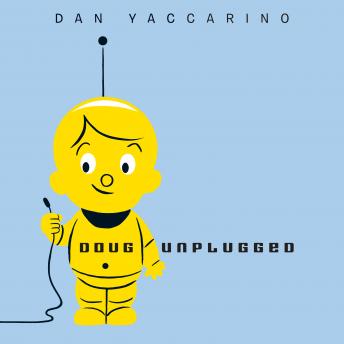 **Check out the Doug Unplugs animated series on Apple TV!**

It's easy being a robot, if you play by all the rules—but when Doug gets curious, he decides to unplug and forge his own path. And he discovers a whole world of what's possible.

Doug is a robot. His parents want him to be smart, so each morning they plug him in and start the information download. After a morning spent learning facts about the city, Doug suspects he could learn even more about the city by going outside and exploring it. And so Doug . . . unplugs. What follows is an exciting day of adventure and discovery. Doug learns amazing things by doing and seeing and touching and listening—and above all, by interacting with a new friend.

Dan Yaccarino's funny story of robot rebellion is a great reminder that sometimes the best way to learn about the world is to go out and be in it.

A sweet tale . . . Yaccarino [is] especially good at slipping in the small, nourishing details that are savored upon repeated readings.' —The New York Times