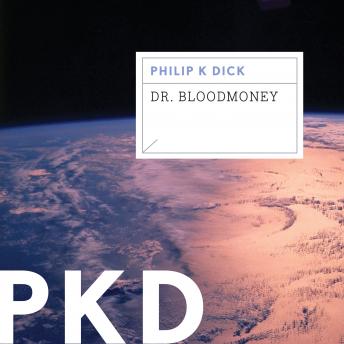 Dr. Bloodmoney is Philip K. Dick's darkly comic riff on Dr. Strangelove, a look at how humanity gets along after the end of the world. This Nebula Award nominee has all the wild characters and twisty science fiction plotting that Dick fans know and love.'A masterpiece.' —Roberto BolañoWhat happens after the bombs drop? This is the troubling question Philip K. Dick addresses with Dr. Bloodmoney, or How We Got Along After the Bomb. It is the story of a world reeling from the effects of nuclear annihilation and fallout, a world where mutated humans and animals are the norm, and the scattered survivors take comfort from a disc jockey endlessly circling the globe in a broken-down satellite. And hidden amongst the survivors is Dr. Bloodmoney himself, the man responsible for it all. This bizarre cast of characters cajole, seduce, and backstab in their attempts to get ahead in what is left of the world, consequences and casualties be damned. A sort of companion to Dr. Strangelove, an unofficial and unhinged sequel, Dick's novel is just as full of dark comedy and just as chilling.