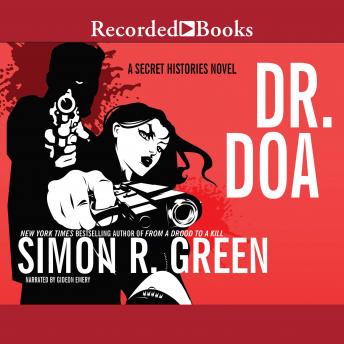 From the New York Times bestselling author of From a Drood to a Kill comes the next Secret Histories adventure. There is a man who gets away with murder. A man who specializes in removing the problems from other people's lives, by killing the people who cause those problems. He operates from the darkest shadows of the hidden world, coming and going unseen. No one knows who he is, just his nomme du muerte: Dr. DOA. This demented doc has poisoned Eddie Drood. Whatever is coursing through his veins seems to be immune to magic cures and treatments. But that's not going to stop Eddie from finding the killer and whoever hired him and give them both a taste of their own medicine.