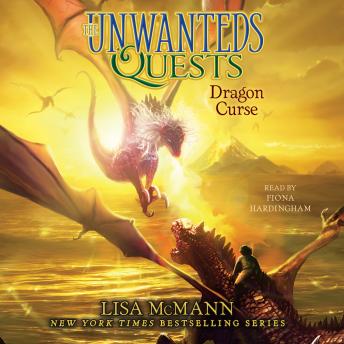 Ten years after Alex and Aaron Stowe brought peace to Quill and Artimé, their younger twin sisters journey beyond Artimé in the fourth novel in the New York Times bestselling sequel series to The Unwanteds, which Kirkus Reviews called “The Hunger Games meets Harry Potter.”

At last, after harrowing battles and devastating losses, the three Stowe siblings are reunited. Back in Artimé, however, their joy at finding one another is short lived. Fifer loses her leadership position and struggles to find her place and purpose, while Thisbe is relentless in her determination to return to the land of the dragons and help Rohan rescue the other black-eyed children. Aaron fails to ward off increasing opposition from a resentful Frieda Stubbs and the dissenters, leading to a shocking and dangerous turn.

Meanwhile the Revinir pursues Thisbe and Drock all the way to the seven islands, putting the people of Artimé in peril. To save them, Thisbe makes an unthinkable sacrifice that leaves Fifer, Aaron, and the others to face political eruption and destruction in the formerly peaceful magical world.