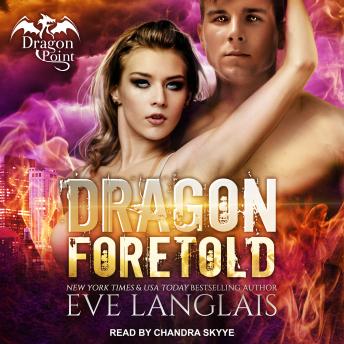 Many years ago, Sue-Ellen fell in love with the golden-haired boy held prisoner by her uncle. She did everything she could to keep him safe, even forsaking her family.

But would Samael do the same? When he finally escapes his prison life, she thinks they'll finally have their happily-ever-after.

A mating between them has been forbidden because she is a mere shifter, while he is the Gold dragon the world has been waiting for. The one foretold.

What the world doesn't know is that Samael plans to conquer humanity-unless someone stops him, and she might have just found the only weapon that can.