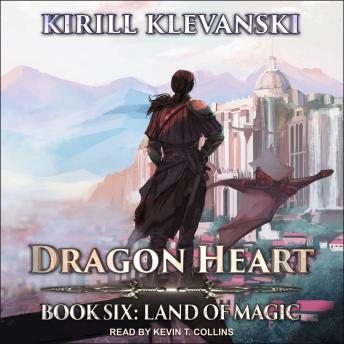 He left behind the Northern Kingdoms, tired of their wars and schemes. The golden waves of the Sea of Sand didn't drown him in fire, but the Evening Stars ultimately didn't bless him with their light. Despite his many adventures, despite the fact he's already endured enough hardship to last him several lifetimes, his soul was restless. Finally, Hadjar Darkhan and his friend, Einen the Islander, reached the capital of the Darnassus Empire-Dahanatan.

They managed to do something most other outsiders would deem impossible-they became disciples of 'The Holy Sky' School of martial arts. What adventures await the former General and pirate? How will the very heart of the vast Empire treat them? What dangers lurk where the best of the Empire's warriors are forged?

Hadjar had no idea. Still, he continued to follow the call of his dragon heart. Wherever it took him . . .