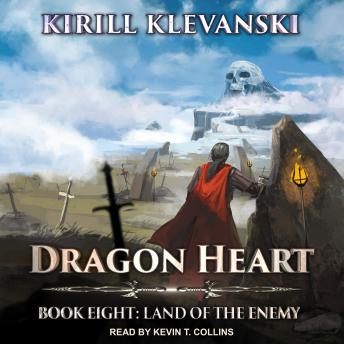 A lot had changed in 'The Holy Sky' School during the six weeks that Hadjar Darkhan was away. Everyone who was in the capital at the time became much stronger, thanks to the regular skirmishes along the Imperial road. By the Emperor's decree, all the disciples of the Imperial martial arts schools were allowed to visit the infamous and highly coveted Wastelands. 'The Holy Sky's' disciples were especially fortunate-they'd been given a two-week head start to find the map leading to Emperor Decater's tomb, as well as the key that would allow them to enter his chambers.

The school erupted into chaos as everyone wanted to fight for the dead Emperor's Inheritance. After all, they wouldn't just find artifacts and alchemical solutions in the tomb, but something far more important as well. Decater's tomb also contained the secrets of all his friends, disciples, and followers. Whoever opened the door to the tomb, regardless of their path of cultivation or abilities, would become the strongest cultivator of their generation. But what would happen if the map and key fell into the wrong hands?

Hadjar Darkhan had returned to the school, but there was no time to rest. A new adventure awaited him.