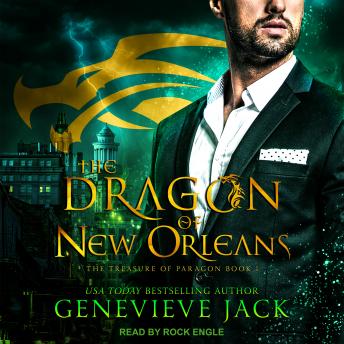 The Dragon of New Orleans

A deadly curse . . . For 300 years, Gabriel Blakemore has survived in New Orleans after a coup in his native realm of Paragon scattered him and his dragon siblings across the globe. Now a voodoo curse threatens to end his immortal existence. His only hope is to find an antidote, one that may rest in a mortal woman.

A lifesaving gift . . . After five years of unsuccessful treatment for her brain cancer, death is a welcome end for Raven Tanglewood. Her illness has become a prison her adventurous spirit cannot abide. Salvation comes in the form of Gabriel, who uses dragon magic to save her.

A harrowing price . . . To Raven, the bond that results from Gabriel's gift is another kind of captivity. Can Gabriel win Raven's love and trust in time to awaken the life-saving magic within her? Or will his fiery personality and possessive ways drive her from his side and seal his fate?