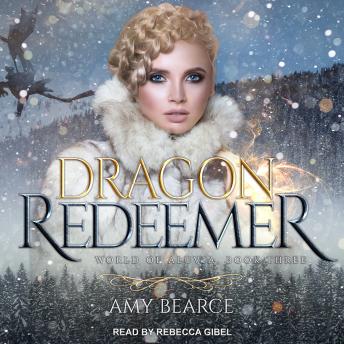 Four years have passed since a fairy swarm released the voice of prophecy in Nell Brennan. In that painful moment, a skilled warrior became a reluctant leader and defender of Aluvia's magic. Now a new enemy threatens their still-fragile lands, one Nell feels powerless to stop even with help from the voice within her.

A mysterious dark alchemist from the Ice-Locked Lands is rising to power on the strength of his sword arm and an ice-breathing dragon obedient to his command. He promises unlimited magic to his followers and death to those who defy him. If he takes over the ports, his corrupt elixirs will disrupt the delicate balance of peace between Aluvia's people and all magical creatures.

The voice of prophecy sends Nell and her friends to their enemy's treacherous domain to find a sword of legend. Only the sword's magic can prevent a return to a world of dying fairies and caged merfolk. But Nell's up against the toughest foe she's ever faced.

In order to defeat him, she must master the unimaginable power of the sword-and the unwanted magic inside herself.