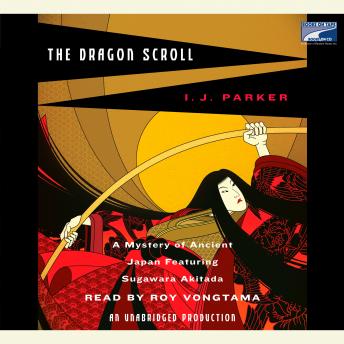 In an adventure filled with highway bandits, unscrupulous politicians, and renegade monks, The Dragon Scroll introduces readers to the lively world of eleventh-century Japan and an irrepressible hero—Sugawara Akitada. On his first official assignment, Akitada—an impoverished nobleman and earnest young government clerk in the Ministry of Justice—is sent from the capital city on a nearly impossible mission to the distant province of Kazusa to discover why tax convoys are disappearing. In the politically murky world of the Japanese court, he has been set up to fail. Against the odds, the ever-resourceful Akitada, his elderly servant Seimei, and his impudent bodyguard Tora are determined to fulfill their mission and discover the truth in a town of dangerous secrets.