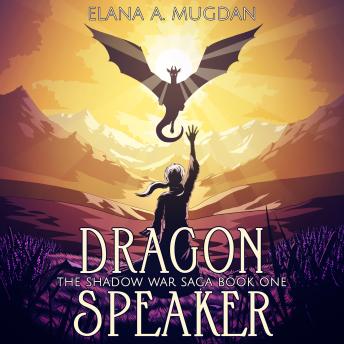 Written By: Elana A. Mugdan

Narrated By: Elana A. Mugdan

Everyone knows this story: an unlikely young hero is chosen by divine providence to save the world from a terrible evil.

Except Keriya Nameless is crippled, without the ability to wield magic—in fact, she’s the only person who doesn’t have powers of her own. The god who chose her is a mysterious dragon with a knack for exploiting loopholes in rules. Oh, and that terrible evil the world needs to be saved from? Maybe it’s not quite as evil as everyone says.

As Keriya ventures into the magical realm of Allentria, she learns things aren’t black and white, and not everything is what it appears to be. Her quest would test the courage of even the bravest hero, and as the chosen Dragon Speaker, she quickly learns she’s at the center of an age-old war …

A war that will decide the fate of everything.

by Elana A. Mugdan