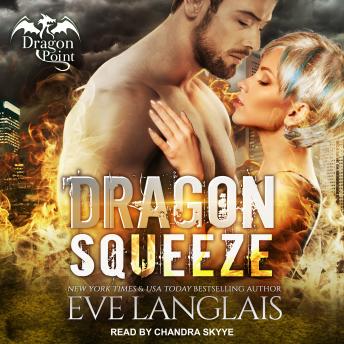 Did you know geeky humans squeak when squeezed? Totally awesome.

Adi thinks there are plenty of things that are awesome, such as gravy and cheese on fries, motorcycles that growl, oh, and the fact that she is a wicked dragon with a freakishly cool power.

But do you know what's more awesome than all that? A certain geeky fellow in charge of the IT department for a medical lab situated in small-town hell.

There is nothing small about Dexter, though. He might blush at certain things, and use his brain-not brawn-to succeed, but the man is built big. And Adi likes big things.

The fact that she likes him won't mean squat to her mother, though. Dear old Mom will hate that he is human. She will dislike Adi's plan to keep him even more.

Because he's mine to keep and squeeze.