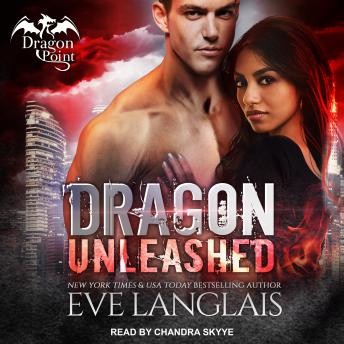 Every dragon hoard starts with something . . . or someone.

Tomas hates scientists, especially since they abused him in such vile ways. And yet, there is something about the doctor that calms his inner beast.

Tomas craves her, even if she's human. A treasure for his collection, but can he convince her to stay in his secret aerie?

Chandra is frightened by the dragon keeping her prisoner in his rocky tower. After what he's been through, who can blame him for the madness within? However, behind the arrogance and anger, she sees a glimmer of goodness too. Can he open his heart enough to let her in, or will he unleash his fury upon those who wronged him?

Humanity is learning that dragons don't just exist in fairy tales, and a prophecy about a golden dragon rising is gaining momentum. A war is brewing, and the dragons must choose sides.