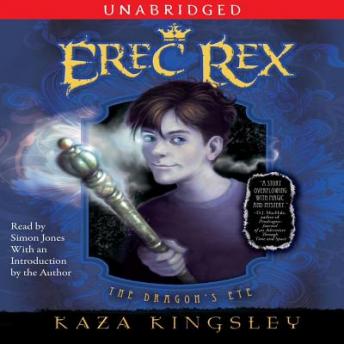 Life is not easy for twelve-year-old Erec Rex. His single mother can barely support her six adopted kids. And they've moved into an apartment so tiny that Erec sleeps with the washing machine. Worse, there is a strange force within Erec that is making him do odd things. His urge to obey these thoughts grows -- until it becomes impossible to resist them.

Then one morning, Erec's mother is missing. The force inside Erec commands him to find her, leading him on an adventure that will change him forever. When he arrives in Alypium, a hidden world where old knowledge of magic is kept, Erec learns that his mother and the entire kingdom are in peril. And he might be the only one who can save them.