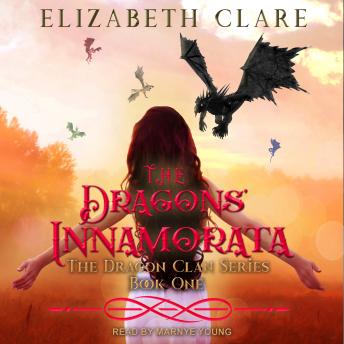 Serenity has been forced to hide away from a world where supernaturals, dragon shifters specifically, now rule, and the human population have been forced into subjugation.

Nothing has more value in this new world order than being a human female of mating age. Supernaturals want them, and human families want the riches that come from their daughters being claimed.

Driven out of hiding to survive, Serenity meets her worst nightmare in the form of the Praetor clan of dragons, who discover her and claim she is their Innamorata.

But that's not all: she soon realizes there are dark forces at play and dangerous whispers among her fellow humans.
Will Serenity be able to keep the freedom that she values the most, and deny the soul deep connection to five of the most possessive and determined dragon men in existence? Or, when secrets are revealed, will she choose them and with their help, save the world from plunging once more into darkness?