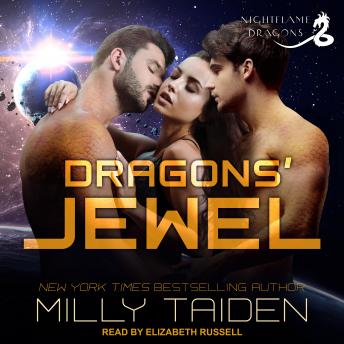 Gianna Harris doesn't think twice when joining a program seeking surrogates for an alien shifter planet whose female population was decimated during war. It's better than grieving a mother who doesn't remember her. With tears, Gianna says her goodbyes then travels to planet Daeria where she meets not one, but two sexy dragons who claim she's their mate.

As the dragon king and leader of the shifter council, Voss has a duty to rebuild the planet after a shifter war destroyed everything. The surrogate program was supposed to be simple. The female volunteers are assigned to the shifter species they want and are not forced to do anything they don't want.

When Voss caught the scent of one of the first females to arrive at the spaceport, he and his best friend, Azar, break a few rules to claim their true mate. They steal her away from the wolves she was assigned to. And a particular wolf wants her badly enough to start another war if she isn't turned over.