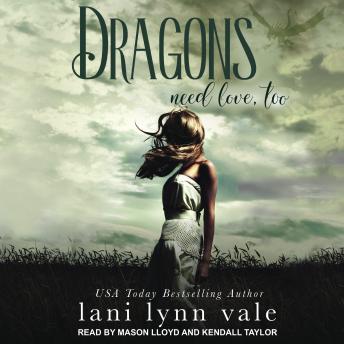 Dragon Prince Nikolai Vassago's day starts out fairly normal: get up, kick some ass, fondle his beard, take some names.

One minute he's participating in a run-of-the-mill mission, and the next minute, he's rescuing Brooklyn, the woman that is fated to be his, from the clutches of a criminal mastermind.

Nikolai is quite pleased with his fated mate. Unfortunately, the same can't be said for Brooklyn.

Living in a religious commune for the majority of her life meant Brooklyn wasn't exposed to all of the outside world's craziness. The moment she turned eighteen, she was off and running towards whatever new experiences the outside world could give her.

In her quest to experience it all, she tends to jump into situations without weighing the potential consequences until it's too late. Brooklyn just wants to be free to make her own decisions and live her life as she pleases. But in her quest to save herself from the limitations of her old commune life, she lands herself in a dangerous situation, and Nikolai swoops in to her rescue, throwing her on the back of his dragon and flying off into the night.

He's a man-with-a-plan kind of guy, and she's a fly-by-the-seat-of-her-pants (not on the back of a dragon!) kind of girl.

Nikolai, however, has fate on his side, and whether she is ready to accept her fate or not, it won't be denied. Brooklyn's stubborn, though, and Nikolai will need to use all of his powers to show her that she's exactly where she needs to be.