Dragons of the Watch: A Novel 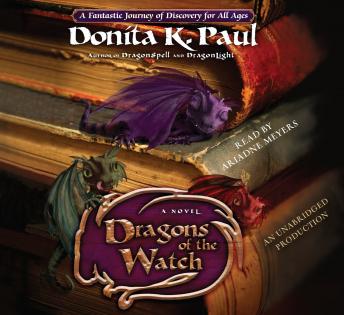 Trapped in a forgotten city, bound by secrets, Ellie and Bealomondore must enlist the dragons of the watch to find freedom.

Ellie knows exactly where she is going. She just wants to experience the pomp and circumstance of a royal wedding, then settle into a simple life with a country husband.

With too many choices, Bealomondore’s future is a tangle of possibilities. He is respected, well-known, and admired among the elite of Chiril, but Wulder demands he narrow his focus and follow his Creator, one step at a time.

Both Ellie and Bealomondore’s plans are thwarted when they find themselves lost in an isolated city. As they discern the needs of a group of wild children and a very old man, clues began to surface and a bigger picture is revealed. With the help of the dragons of the watch, can the two tumanhofers find the way out—and perhaps discover their connection to something greater than themselves?

Dragons of the Watch: A Novel