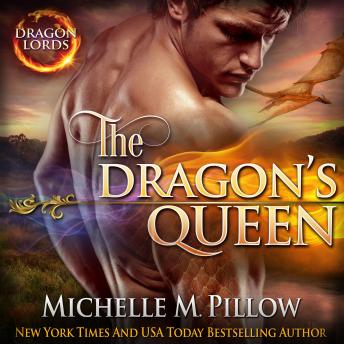 Mede knows three things for a fact:
As the only female dragon-shifter of her people, she is special.
She can kick the backside of any man.
And she absolutely doesn't want to marry.
Mede has spent a lifetime trying to prove she's as strong as any male warrior. Unfortunately, being the special, rare creature she is, she's been claimed as the future bride to nearly three dozen dragons-each alpha male confident that when they come for her hand in marriage, fate will choose them. When the men aren't bragging about how they're going to marry her, they're acting like she's a delicate rare flower in need of their protection.
But Mede is far from a shrinking solarflower.

Prince Llyr knows four things for a fact:
He is the future king of the dragon shifters.
He must act honorably in all ways.
He absolutely, positively is meant to marry Lady Mede.
?And she is dead set against marriage.
Llyr's fate rests in the hands of a woman determined not to have any man. With a new threat emerging amongst their cat-shifting neighbors, a threat whose eyes are focused firmly on Mede, time may be running out. It is up to the prince to convince her to be his dragon queen.

This title is due for release on March 2, 2015
We'll send you an email as soon as it is available!