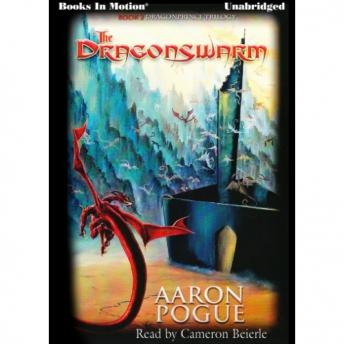 The Kingdom of the Sarianne teeters on the brink. While its tyrant king plays out his petty vendettas, rebellion foments on the edges of his domain. Politics and power struggles gamble civilization on the tides of war. Yet war is not the greatest threat to civilization. A far older enemy rises. The dragons are waking and these fiends of Chaos will swarm across the world of men, razing it to bedrock just as they have done in ages past. But this time the world of men has a champion in Daven Carrickson. Once a beggar and still a fugitive from the king\'s justice, Daven is also a hero with unrivaled powers. A brush with one of the deadly dragons left him forever bonded to the beast and able to tap into the ever-shifting maelstrom of Chaos that roils beneath man\'s fragile reality. It is a dangerous connection, one that threatens to consume him. Can he pay even that ultimate price if it means the salvation of humanity?

This title is due for release on September 15, 2013
We'll send you an email as soon as it is available!