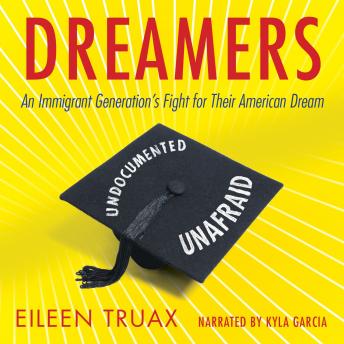 Dreamers: An Immigrant Generation's Fight for Their American Dream

Of the approximately twelve million undocumented immigrants living in the United States, as many as two million came as children. They grow up here, going to elementary, middle, and high school, and then the country they call home won’t—in most states—offer financial aid for college and they’re unable to be legally employed. In 2001, US senator Dick Durbin introduced the DREAM Act to Congress, an initiative that would allow these young people to become legal residents if they met certain requirements.

And now, more than ten years later, in the face of congressional inertia and furious opposition from some, the DREAM Act has yet to be passed. But recently, this young generation has begun organizing, and with their rallying cry “Undocumented, Unapologetic, and Unafraid” they are the newest face of the human rights movement. In Dreamers, Eileen Truax illuminates the stories of these men and women who are living proof of a complex and sometimes hidden political reality that calls into question what it truly means to be American.

Dreamers: An Immigrant Generation's Fight for Their American Dream