Dreamers: How Young Indians are Changing their world 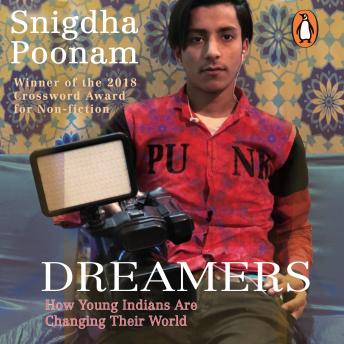 *SHORTLISTED FOR THE 2018 CROSSWORD JURY AWARD FOR NON FICTION*

More than half of India is under the age of twenty-five and the country is set to have the youngest population in the world by 2021. But India's millennials are nothing like their counterparts in the West.

In a world that's marked by unprecedented connectivity and technological advancement, in a country that's increasingly characterized by ambition, political power and access, in an economy that appears to be breaking down the barriers to wealth that existed for every previous era, this is a generation that cannot - will not - be defined on anything but their own terms. They are wealth-chasers, attention-seekers, power-trappers, fame-hunters. They are the dreamers.

Snigdha Poonam's remarkable cultural study of the unlikeliest of fortune-hawkers travels through the small towns of northern India to investigate the phenomenon that is India's Generation Y. From dubious entrepreneurs to political aspirants, from starstruck strivers to masterly swindlers, she travels - on carts and buses, in cars and trucks - through the India's badlands to uncover a theatre of toxic masculinity, spirited ambition and a kind of hunger for change that is bound to drive the future of our country. These young Indians aren't just changing their world - they're changing yours.

Dreamers: How Young Indians are Changing their world