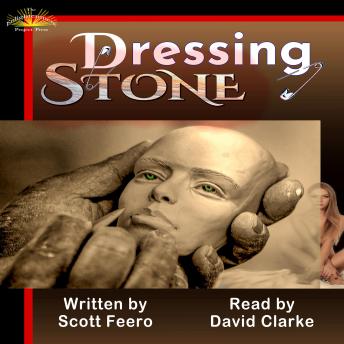 Avant-Gard is French for bullsh_t.—John Lennon

The only good artist is a dead artist.—Rule 3: The Art Collector’s Guide for Maximum Profits

Craig Plummer, a sculptor once known in New York art circles as DeBris, lost his creative spark after experiencing a series of tragedies, culminating with the death of his first wife, Carol Javal, a successful fashion model. Now remarried, Craig is secretly consumed with guilt over his role in Carol’s death.

Getting by working as a residential remodeling contractor, Craig faces growing pressure from his second wife, Cheryl, an up and coming M&A lawyer, who wants him to move past his failed artist stage of life by selling their loft and buying a house so they can move to a safe neighborhood and live like normal people.

But his client’s alluring nanny, Nina Brown, walks into his life upending all plans for change. For Nina it started with a snide quip, for Craig a bad pun. Neither of them suspecting for an instant that their passionate Love at First Sight affair would turn out to be a cruel cosmic scam.

Unfolding in NYC in the month prior to Kurt Cobain’s suicide in early April of 1994, and culminating in a Seattle overcome with grief over of the rock star’s sudden death, Dressing Stone transports you into the mind of an artist. An artist crushed by the death of his first wife. An artist gutted by the deaths of over a dozen friends and colleagues. A man still burdened with grief after five years. A man who has not yet been able to come to terms with the transformative tsunami caused by the savage crash of cocaine, heroin, and AIDS over his life. A man who will have to come to terms with his past, as well as that of his young lover, or die trying…