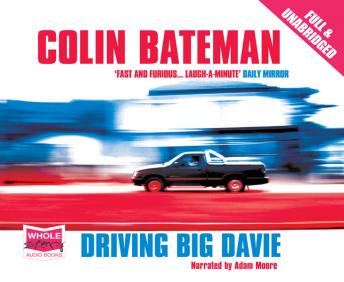 For many years Dan Starkey has been a journalist of some repute - mainly ill. Now he is back with his wife Patricia, and while they try for a baby, he is aiming to keep himself out of trouble. Had he not been caught in a rather awkward position when he received a phone call from Big Davie Kincaird, he might not have decided to return to the village of Groomsport.

And had he not drunk too much in order to cover the awkwardness of seeing this friend he hasn't known for twenty-five years, he might not have found himself agreeing to go on honeymoon... in Florida... for three weeks... with Big Davie. What else could possibly go wrong?