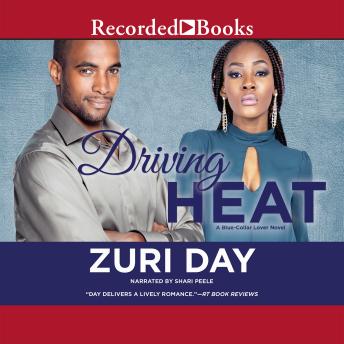 Meet the Carter brothers, five hard-working men with a lot to offer. They may not be wealthy but they're rich in integrity and loyalty--not to mention sex appeal. They just need the right women to share their world. . . At thirty, eldest brother Byron hasn't dated seriously in a while--not since he became a single dad to his beloved baby girl. Besides, he's found that most women can't see past his job as a bus driver, and he's not interested in that type of superficial foolishness. When he meets Cynthia Hall, her disinterest is obvious. Still, there's something about her. . . Cynthia has been successful in her career and unlucky in love. But those two worlds collide when Byron ends up in her office on business. It's a coincidence that casts him in a very different light than she's previously seen. Too bad he's not the upscale professional Cynthia had in mind. Yet given the chance, she might discover that while money can't buy happiness--a loving and passionate man can. . .

This title is due for release on July 17, 2015
We'll send you an email as soon as it is available!