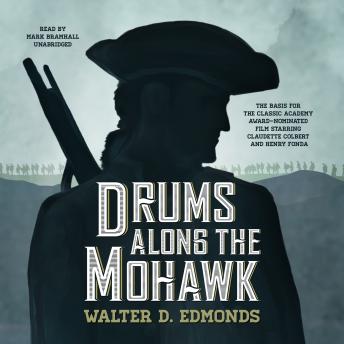 Drums along the Mohawk

Drums along the Mohawk, Walter D. Edmonds’ masterpiece, is not only the best historical novel about upstate New York since James Fenimore Cooper, it was also number one on the bestseller list for two years, only yielding to the epic Gone with the Wind.

This is the story of the forgotten pioneers of the Mohawk Valley during the Revolutionary War. Here Gilbert Martin and his young wife struggled and lived and hoped. Combating hardships almost too great to endure, they helped give to America a legend that still stirs the heart. In the midst of love and hate, life and death, danger and disaster, they stuck to the acres that were theirs and fought a war without ever quite understanding it. Drums along the Mohawk has been an American classic since its original publication in 1936.