The Duel: A Captivating Guide to the Lives of Alexander Hamilton and Aaron Burr 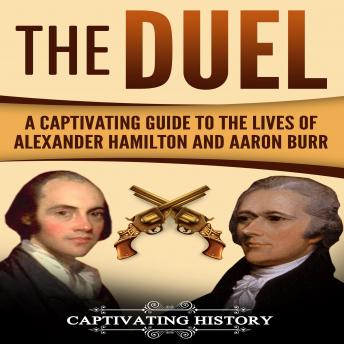 Two captivating manuscripts in one audiobook:

Alexander Hamilton is one of the most extraordinary figures in American history. A deep thinker, a military leader, and a political dynamo, he was George Washington's right-hand man and perhaps the most important figure in the shaping of the Constitution. His policies and practices in government set the United States down a path of commercial wealth and economic stability. His ideas still resonate in the powerful nation he helped create.

The Second Part of this Audioook Covers Aaron Burr as

Scroll to the top and select the 'Add to Cart' button so you can learn more about Alexander Hamilton, Aaron Burr and their Duel!

Duel: A Captivating Guide to the Lives of Alexander Hamilton and Aaron Burr