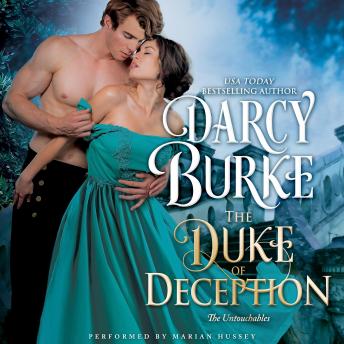 The Duke of Deception

After five years on the Marriage Mart, Miss Aquilla Knox is ready for spinsterhood until a benefactress steps in to help her secure a husband. Only Aquilla doesn't actually want to marry-her failure is entirely on purpose. When the earl she's nicknamed the Duke of Deception sets his sights on her, she refuses to be drawn in by her attraction to him. If there's one thing she knows it's that a gentleman is never what he seems.
Edward Bishop, Earl of Sutton, has a reputation for courting young misses and dropping them without a second thought. This has earned him a reputation for deceit, a description he can't refute because he does in fact, harbor secrets and will do anything-deceive anyone-to ensure they don't come to light. As he comes to know the charming Miss Knox, his resolve is tested. However, trust comes at a price and Ned won't pay with his heart.