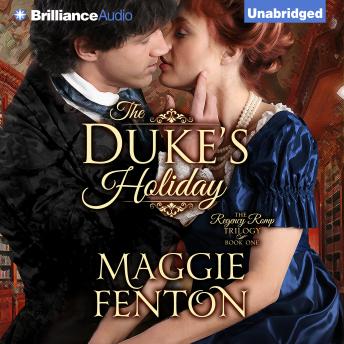 The cold, precise Duke of Montford demands things his way: neatly ordered, in place, and adhering closely to the rules. So he is furious when he learns that the tenant of his ducal estate has been dead for a year, and a stranger has been running the Honeywell business—which, by contract, is now Montford’s. When he arrives in Yorkshire to investigate, he discovers that the estate is being run by an unruly, tomboyish woman—and a bluestocking at that! Fiery redhead Astrid Honeywell is independent and educated. She’s been handling the Honeywell family business for years. And she’s not about to relinquish it to anyone—not even Montford—because of some archaic contract. Montford and Astrid have an instant hatred for one another…and an undeniable, unspeakable attraction. They must resist this improper desire—after all, Montford has a fiancée in London. But when Astrid’s life is placed in terrible danger, Montford finds he may be willing to risk everything to save her.