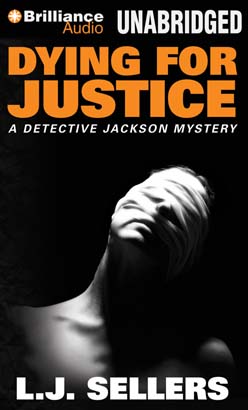 After ten years in prison, the man convicted of murdering Detective Wade Jackson’s parents declares his innocence. After two years in a coma, a woman suspected of attempted suicide awakens, claiming her ex-husband tried to kill her. Now, two of the most baffling cases facing the Violent Crimes Unit of Eugene, Oregon, will put Jackson and his protégée, Detective Lara Evans, through their most grueling investigations yet. Probing accusations of corruption, coercion, and justice denied, Jackson uncovers long-buried secrets that hit even closer to home than his parents’ murders. Meanwhile, Evans shadows a notorious fellow cop who abuses more than just power. Jackson is on a quest to absolve the innocent and punish the guilty. Evans is determined to prove her worth and protect the vulnerable. But when increasingly dark revelations in each case begin to intertwine, the two detectives will meet in a volatile confrontation with a desperate killer terrified of losing everything.

This title is due for release on September 19, 2013
We'll send you an email as soon as it is available!