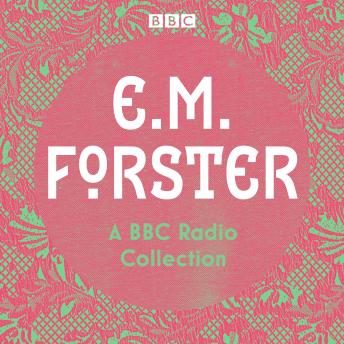 E. M. Forster: A BBC Radio Collection: Twelve dramatisations and readings including A Passage to India, A Room with a View and Howards End

Dramatisations and readings of EM Forster’s finest works, plus Stephen Wakelam’s radio play A Dose of Fame and the documentary feature Forster in India: Sex, Books and Empire

One of the greatest English novelists of the 20th century, EM Forster was also an accomplished short story writer. This collection includes stunning adaptations of his classic novels A Passage to India, Where Angels Fear to Tread, A Room with a View and Howards End. Among the star casts are Penelope Wilton, Ellie Kendrick, Sian Thomas, Emilia Fox, Sheila Hancock and John Hurt.

Also featured are four of his short tales – ‘The Story of the Siren’ (read by Dan Stevens), ‘The Road from Colonus’ (read by Andrew Sachs), ‘The Obelisk’ (read by Ruth Wilson) and ‘Ansell’ (read by Peter Kenny).

Forster’s posthumous novel, Maurice, is dramatised with a full cast and stars Alex Wyndham and Bertie Carvel, while Stephen Wakelam’s drama A Dose of Fame, starring Stephen Campbell Moore as Forster, sees the author grappling with a mysterious death, his own sexuality and an idea for his next novel.

E. M. Forster: A BBC Radio Collection: Twelve dramatisations and readings including A Passage to India, A Room with a View and Howards End