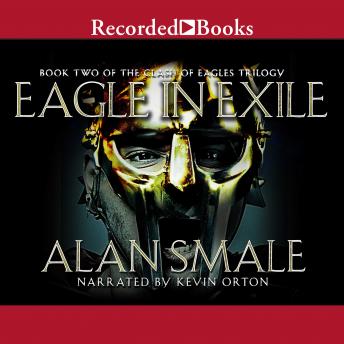 #2 of Clash of Eagles

Perfect for fans of Bernard Cornwell, Steve Berry, Naomi Novik, and Harry Turtledove, Alan Smale's gripping alternate history series imagines a world in which the Roman Empire has survived long enough to invade North America in 1218. Now the stunning story carries hero Gaius Marcellinus deeper into the culture of an extraordinary people-whose humanity, bravery, love, and ingenuity forever change his life and destiny. In AD 1218, Praetor Gaius Marcellinus is tasked with conquering North America and turning it into a Roman province. But outside the walls of the great city of Cahokia, his legion is destroyed outright; Marcellinus is the only one spared. In the months and years that follow, Marcellinus comes to see North America as his home and the Cahokians as his kin. He vows to defend these proud people from any threat, Roman or Native. After successfully repelling an invasion by the fearsome Iroqua tribes, Marcellinus realizes that a weak and fractured North America won't stand a chance against the returning Roman army. Worse, rival factions from within threaten to tear Cahokia apart just when it needs to be most united and strong. Marcellinus is determined to save the civilization that has come to mean more to him than the empire he once served. But to survive the swords of Roma, he first must avert another Iroqua attack and bring the Cahokia together. Only with the hearts and souls of a nation at his back can Marcellinus hope to know triumph.

Falling in love with alternative history!! Mr. Smale and Mr. Orton, thank you so much!

This is truly an inovative and captivating story. The characters are layered and real. The narrator also does a great job at bringing the scenes to life with his discriptive voice.