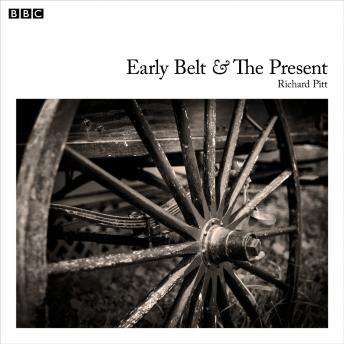 Early Belt And The Present: A BBC Radio 4 dramatisation

A BBC Radio 4 murder mystery set in India in 1709. 'Early Belt and the Present' was originally broadcast as the 'Afternoon Play' on 6 April 2011. A young servant, Early Belt, accompanies a group of superstitious English merchants as they transport a vast wagon train of goods to Delhi. The wagon train - known as The Present - is an incentive for the Indian Emperor to grant free trade throughout the land. As the convoy crawls across India, a merchant is found murdered. Stories quickly spread of a sorceress locked inside an enchanted cabinet somewhere within the convoy. When a second merchant is killed, the rumours turn to hysteria. It falls to Early Belt to solve the mystery... Starring James Anthony Pearson as Early Belt, David Hayman as John Surman and John Shedden as Dr Hamilton. Also featured amongst the cast are Ralph Riach, Kenny Blyth, Brian Pettifer, Mark McDonnell, Umar Ahmed and Lucy Paterson.

Early Belt And The Present: A BBC Radio 4 dramatisation