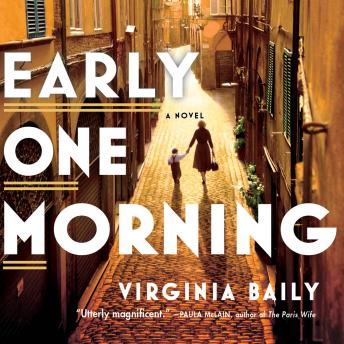 Two women's decision to save a child during WWII will have powerful reverberations over the years.

Chiara Ravello is about to flee occupied Rome when she locks eyes with a woman being herded on to a truck with her family. Claiming the woman's son, Daniele, as her own nephew, Chiara demands his return; only as the trucks depart does she realize what she has done. She is twenty-seven, with a sister who needs her constant care, a hazardous journey ahead, and now a child in her charge.

Several decades later, Chiara lives alone in Rome, a self-contained woman working as a translator. Always in the background is the shadow of Daniele, whose absence and the havoc he wrought on Chiara's world haunt her. Then she receives a phone call from a teenager claiming to be his daughter, and Chiara knows it is time to face up to the past.