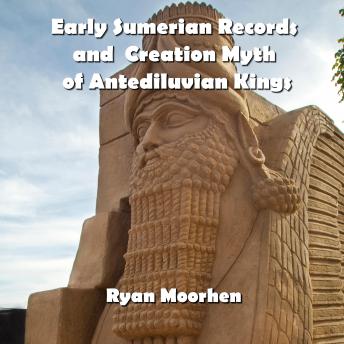 Newly discovered evidence inscribed on tablets from Nippur, one of the oldest and most sacred cities of Mesopotamia has changed everything we think we know about the middle east. These bizarre texts are written in Sumerian, the language spoken by the non-Semitic people whom the Semitic Mesopotamians conquered and displaced; and they include a very primitive version of the Deluge story and Creation myth, and some texts which throw new light on the age of Mesopotamian civilization and on the area within which it had its rise. In them, we have recovered some of the material from which Berosus derived his dynasty of Antediluvian kings, and we are thus enabled to test the accuracy of the Greek tradition by that of the Sumerians themselves. So far then, as Mesopotamia is concerned, these documents will necessitate a re-examination of more than one problem.