Early to Death, Early to Rise 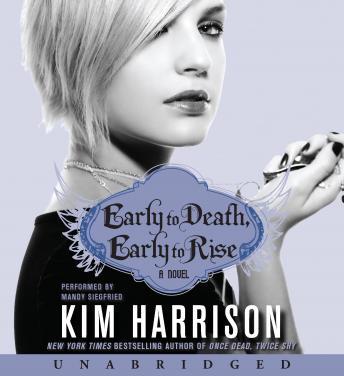 Seventeen, dead, and in charge of heaven's dark angels—all itching to kill someone.

Madison Avery's dreams of ever fitting in at her new school died when she did. Especially since she was able to maintain the illusion of a body, deal with a pesky guardian angel, and oh yeah, bring the reaper who killed her to his untimely end. Not exactly in-crowd material. It's amazing that her crush, Josh, doesn't think she's totally nuts.

Now Madison has learned that she's the dark timekeeper, in charge of angels who follow the murky guidelines of fate. Never one to abide by the rules, she decides it's time for a major change to the system. With the help of some unlikely allies, Madison forms a rogue group of reapers who definitely don't adhere to the rules of the heavens.

But as she grapples with the terrifying new skills that come with being a timekeeper, Madison realizes she may not be prepared for what lies ahead—unless she gets some seriously divine intervention.

Early to Death, Early to Rise