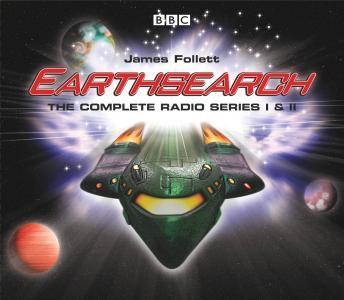 The acclaimed BBC Radio 4 space drama arrives in its entirety for the very first time, with a bonus introduction by creator and writer James Follett. The starship Challenger has been on a 115-year-long mission, exploring other galaxies for suitable Earth-like planets to colonise. The present crew of four were born on the ship and have never left it. But when the Challenger attempts to return to the crew's home planet, it discovers that the Earth has vanished! When they were first broadcast on radio, Earthsearch and Earthsearch II generated a flood of fan letters to Radio Times. Now at last their superb sound is available, digitally remastered for the first time. Also included is an introduction from James Follett, first broadcast as part of BBC7's 'Men, Martians, and Machines'.