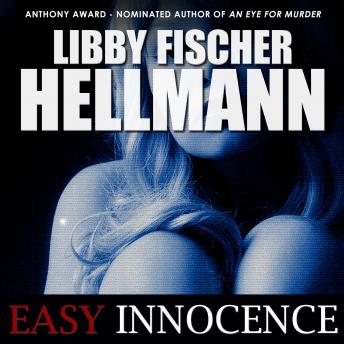 When pretty, smart Sara Long is found bludgeoned to death, it's easy to blame the man with the bat. But Georgia Davis -- former cop and newly-minted PI -- is hired to look into the incident at the behest of the accused's sister, and what she finds hints at a much different, much darker answer. It seems the privileged, preppy schoolgirls on Chicago's North Shore have learned just how much their innocence is worth to hot-under-the-collar businessmen. But while these girls can pay for Prada price tags, they don't realize that their new business venture may end up costing them more than they can afford.

Hellmann brings to life the reality of bullying among teenage girls with enough twists and turns to keep you reading. Highly recommended. Library Journal, Starred Review

Just what’s needed in a mystery… Depth of characterization sets this new entry by Hellmann (A Shot to Die For, 2005, etc.) apart from a crowded field. Kirkus Reviews

There’s a new no-nonsense female private detective in town: Georgia Davis, a former cop who is tough and smart enough to give even the legendary V.I. Warshawski a run for her money. Chicago Tribune

Hellmann’s done her homework here and it shows: the writing is assured, the voices authentic, and the understanding both of criminal investigations and relationships among cops, lawyers and prosecutors come to life with great urgency. Her PI, Georgia Davis, works the affluent suburbs north of Chicago, fertile territory for crime that’s lain fallow far too long. Davis’ arrival on the mean streets is long overdue Sara Paretsky, Author of the VI Warshawski Mysteries

This title is due for release on May 25, 2016
We'll send you an email as soon as it is available!