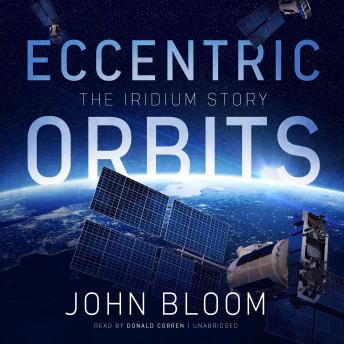 The incredible story of Iridium-the most complex satellite system ever built, the cell phone of the future, and one of the largest corporate bankruptcies in American history-and one man's desperate race to save it.

In the early 1990s, Motorola, the legendary American technology company, developed a revolutionary satellite system called Iridium that promised to be its crowning achievement. Light years ahead of anything previously put into space, Iridium's constellation of sixty-six satellites in polar orbit meant that no matter where you were on Earth, at least one satellite was always overhead, and you could call Tibet from Fiji without a delay.

Iridium the satellite system was a mind-boggling technical accomplishment, surely the future of communication. The only problem was that Iridium the company was a commercial disaster. Only months after launching service, it was $11 billion in debt, burning through $100 million a month and crippled by baroque rate plans. Bankruptcy was inevitable, and when no real buyers seemed to materialize, it looked like Iridium would go down as just a "science experiment."

When Dan Colussy, a former head of Pan-Am, heard about Motorola's plans to "de-orbit" the system, he decided he would buy Iridium and somehow turn around one of the biggest blunders in the history of business.

In Eccentric Orbits, John Bloom masterfully traces the conception, development, and launching of Iridium and Colussy's tireless efforts to stop it from being destroyed, from meetings with his motley investor group, to the Clinton White House, the Pentagon, and the hunt for customers in special ops, shipping, aviation, mining, search and rescue-anyone who would need a durable phone at the end of the Earth. Impeccably researched and wonderfully told, Eccentric Orbits is a rollicking, unforgettable tale of technological achievement, business failure, the military-industrial complex, and one of the greatest deals of all time. "Eccentric Orbits is a remarkable work. I had known about Iridium but not about its fascinating history. John Bloom's writing style is attractive and the level of detail is astonishing. This was a page-turner for me!"-Vint Cerf, chief internet evangelist, Google