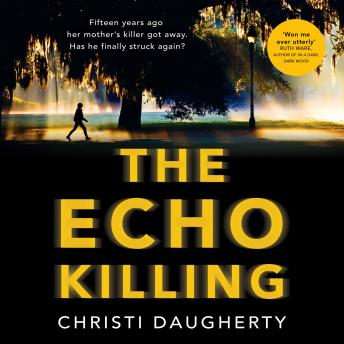 The most exciting new crime voice you’ll read this year!


Fifteen years ago her mother’s killer got away. Has he finally struck again?


A woman in her thirties. Found naked and stabbed on the kitchen floor. Discovered by her twelve-year-old daughter after school.


As top Savannah crime reporter Harper McClain stares at the horrific scene before her, one thought screams through her mind. This murder is identical to another murder she has witnessed. Her mother’s murder…


For fifteen years, Harper has been torn apart by the knowledge that her mother’s killer is walking free. And now, it seems he’s struck again. There are no fingerprints. No footprints. No DNA. Yet still, Harper is determined to discover the truth once and for all.


But that search will come at a cost…and it could be one she isn’t ready to pay.