An Echo of Murder 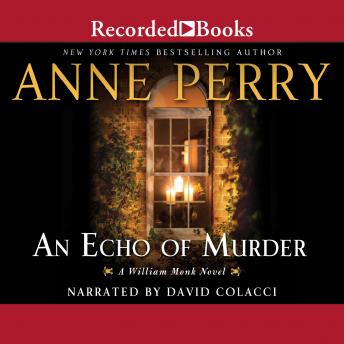 A string of gruesome, ritualistic murders of Hungarian immigrants has the Thames River Police Commander stuck on solving the pattern in the latest installment of the New York Times bestselling William Monk series. When a Hungarian immigrant is dismembered near London's River Thames, Commander Monk is called to the eerie scene, where sixteen candles surround the corpse. As identical murders pop up around the city, Monk confronts the unsettling options: could it be the work of a secret society? A serial madman? Or is a xenophobic Brit targeting foreigners? A local doctor who speaks Hungarian from his days on the battlefield may be able to help, but his own struggles with post-traumatic stress have left his memory in shambles: could he have committed the crimes without remembering? Fighting both local prejudice and the weight of the past, Monk and his wife Hester-herself a battlefield nurse familiar with horror-are in a race to find the killer and stop the echo of these repeated murders for good.